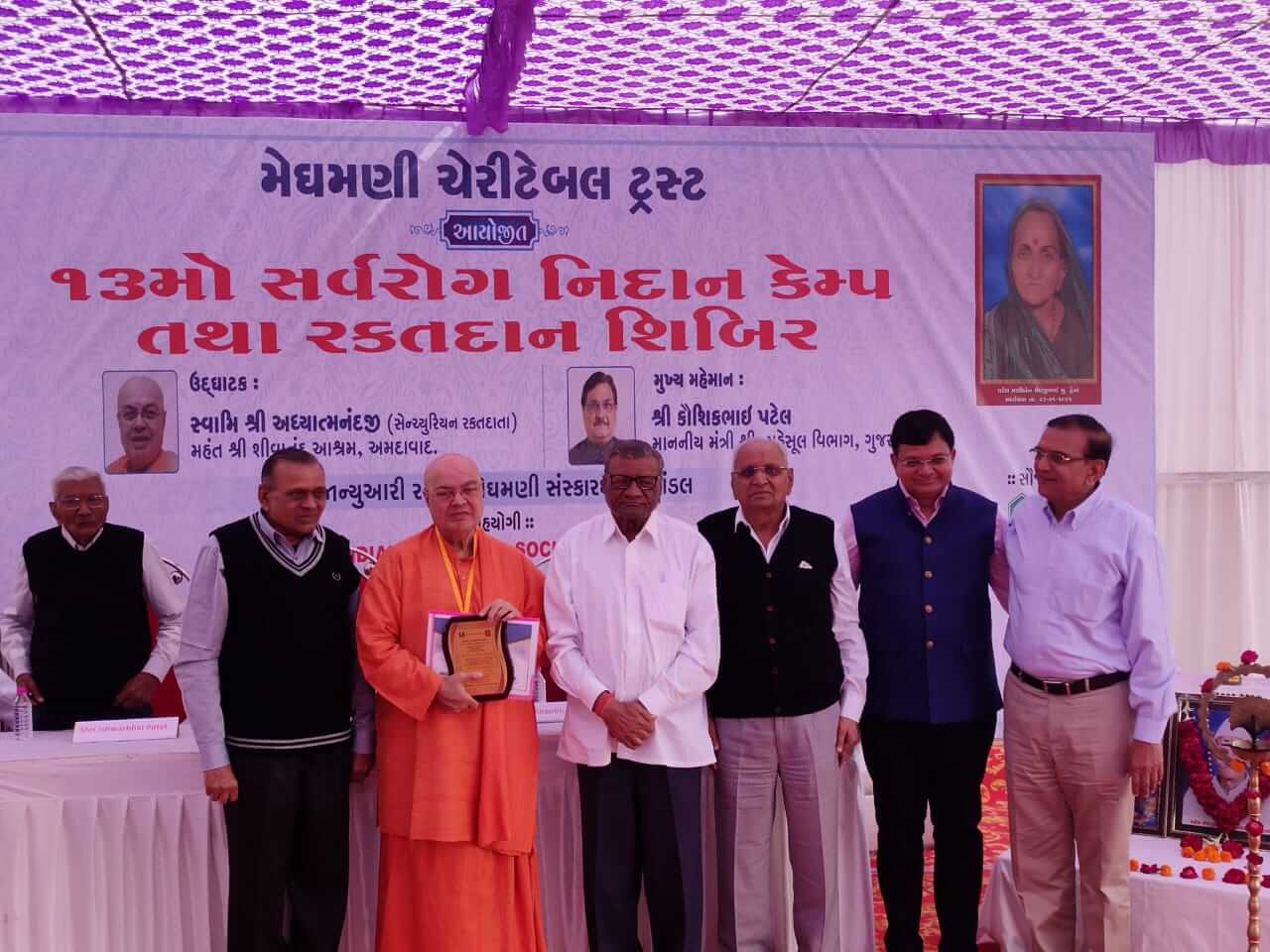 As an annual health care activity of Meghmani Charitable Trust for the society, 13th edition of the Health Check-up and Blood Donation Camp was organized on 12 January 2020 at Meghmani Sanskardham, Mandal, Ahmedabad. The camp provided a platform to citizens to interact and consult with distinguished doctors from different specializations. During the health camp, a blood donation activity was exercised by trained and qualified team of medical professionals, which was facilitated by Red Cross Society and Dr Jivraj Mehta Hospital, Ahmedabad.

The Camp was served by various distinguished doctors from different specializations. Pujya Swami Adhyatmanandji graced the healthcamp with his presence and inaugurated the camp and addressed the attendees. Shri Natubhai M Patel also addressed the invitees. Among the blood donors, 15 persons were the centurion blood donors, who were felicitated with award and certificate by Meghmani Pariwar for their contribution towards society. Trees plantation was also undertaken by Swami Adhyatmanand ji along with Meghmani Pariwar. School buildings were also unveiled by the members of Meghmani family.

Health Camp witnessed an strength of more than 2500 patients from Mandal and nearby villages. Post the examinations, free medicines were distributed to patients. Over 550 Spectacles were also distributed to visiting patients free of charge on recommendation by Eye specialist. Blood donors were greeted with Gifts (Suit Piece and Dinner Set) as token of appreciation. During the blood camp, nearly 750 units of blood were donated by citizens from nearby villages as well as members of Meghmani Parivar. During the previous editions of this camp, over 2600 units of blood has been collected while over 15000 patients have been examined.

This Camp was an initiative of Meghmani Charitable Trust which is promoted by Ahmadabad based conglomerate Meghmani Group for Noble Cause with an aim to support citizens with door step health check up facility and creating awareness about the health care activities.